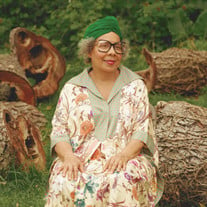 Elder Avril Patricia "Pat" Claire Carr, daughter of the late Waldo and Ivy Gayle, was born in Ocho Rios, Jamacia on February 24th 1953. She was one of four children and the oldest daughter. Elder Carr grew up surrounded by loving parents, aunts and cousins. She loved spending summers in California with her beloved Aunt Enid and sister Andrea. She immigrated to America and married Marvin Carr, who passed away in June 2014. Once in America and while raising her five children, she sought out higher learning. she grew up attending church in Jamaica and wanted to expand her knowledge about scripture, so she passed studies at Manna Bible Institute in Philadelphia. Her studies only increased her newfound desire to minister the word of God, especially to the less fortunate. Her need to help people also led to a 25-year career in nursing focusing on hospice care. Evangelist Prophetess Carr began attending Faith Tabernacle under the leadership of the late Bishop Lillian Ward in the in the 1990's. she also preached her trial sermon under Bishop Ward. In the late 2000's she went to Florida, where she continued to minister but eventually returned to Faith Tabernacle more on fire than ever about the ministry of Prayer in the church. she began the ministry in the gifts of prophecy under Bishop Barbara Farmer in 2014. Anyone who had the pleasure of knowing Elder Carr knew the depths of her love for God, praise and worship, her children and grandchildren. She was a prayer warrior and confidant to countless people that she touched throughout her life. She drew her strength from God and happily gave that strength to everyone around her. Through her eight-year battle with cancer, she continued to smile, provide love and light to others while always holding onto God. She passed away peacefully in the early morning of August 8, 2021, surrounded by her children. Her beautiful life will be forever remembered, and she will be immensely missed by her children Fabian, Solomon, Genieva, Teneshia, and Matthew. Her grandchildren Jason, Matthew Jr., Santino, Gianna, Giovanni and Loie. Her brothers Dennis and Derry and sister Andrea and their children. Her daughter-in-law Stacy and Son in law's Harry and Martin. She also leaves a host of cousins, nieces, nephews and countless friends.

Elder Avril Patricia "Pat" Claire Carr, daughter of the late Waldo and Ivy Gayle, was born in Ocho Rios, Jamacia on February 24th 1953. She was one of four children and the oldest daughter. Elder Carr grew up surrounded by loving parents,... View Obituary & Service Information

The family of Elder Avril Patricia Carr created this Life Tributes page to make it easy to share your memories.

Send flowers to the Carr family.