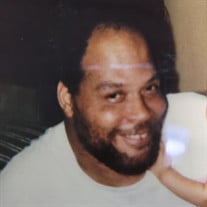 Clayton Morris Roberts Jr. was born to the late Clayton and Annie Roberts Sr. on March 18, 1956 in Edenton, North Carolina. At an Early age Clayton was baptized at St. John Baptist Church- Dorchester, Boston, MA, not long after his family moved from residing on North Carolina. Clayton was educated in the Boston Public School System. In the Early 60s Clayton met his first wife Easter Murphy. Throughout their relationship they bought a few beautiful children into the world. The family then moved to Philadelphia in 1977. She later preceded him in death. Often described as a "handful," a "mixed bag," and "Something else." He was also known by a few other names June, Reds, C-note, and Pops. Clayton was the type of person when you met him in there was typically a instint love and endearment or the need to pace your next interaction to save your blood pressure. he was naturally humorous and loved a good joke. He often cracked himself up! Clayton wanted people to know that he saw them and cared about them. If he could help you in anyway he would do so. He was a guy that almost always knew somebody that knew somebody that knew somebody and he had no qualms asking for a favor from a stranger for a stranger. He was the guy that everyone went to for support, counsel, and solutions. He did not have to know you to help you, some of that could have been attributed from extreme nosiness! Clayton loved his family and was very proud of them. He had a special love for his sister and brothers. He spoke highly of his grandchildren often. Clayton leaves to cherish his memories his wife Francine, five girls Veronica (Jeffrey) Mitchell, Priscilla (Calvin (preceded him in death)) Mattock, Takiya, Amber, Bonnie. Followed by eight boys Waine (preceded him in death), Andre, Daniel (Amelia), Michael (Andrea), Ishan (Tamara), Jermaine, Clayton, and Tremayne. Three stepchildren Tyreek, Tunisha, Dwayne. As well as, two sisters Evelyn (Andrew aka Buck) Creighton, Brenda (Gregory) Bonner of North Carolina, two brothers John, and Donald (preceded him in death). Along with fifty five grandchildren and thirty three great grandchildren. And, a host of nieces, nephews, and friends. I would like to mention our father had two very special friends, his second wife Bonnie Roberts and his best friend Anita Carter

Clayton Morris Roberts Jr. was born to the late Clayton and Annie Roberts Sr. on March 18, 1956 in Edenton, North Carolina. At an Early age Clayton was baptized at St. John Baptist Church- Dorchester, Boston, MA, not long after his... View Obituary & Service Information

The family of Clayton Morrris Robert created this Life Tributes page to make it easy to share your memories.

Clayton Morris Roberts Jr. was born to the late Clayton and Annie...

Send flowers to the Robert family.