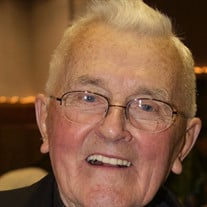 LIVE STREAM ON YOUTUBE CHANNEL-MITCHUM WILSON FUNERAL HOME OF PHILADELPHIA Reverend John Van de Paer, C.I.C.M was born, to Karel and Jeanne Van de Paer, on November 29, 1920 in the city of Antwerp, Belgium. His brother, Herman Van de Paer, was born two years later. His parents enrolled their sons in Catholic school, where Fr. John used his carpentry skills to build scenery for the school’s drama productions. As a member of the mission support group, his entrepreneurial spirit served him well to raise money for the missions. Along with his peers, Fr. John started a business baking, delivering, and selling waffles. These early experiences would become the core competencies that would sustain Fr. John as a priest, over 73 years, in three parish communities. Fr. John led by example, and taught the parishioners to be self-reliant. A natural entrepreneur, Fr. John knew how to raise money. The revenue generated from operating the roller-skating rink, a fleet of church buses, and various parish fund raisers helped to fund the youth programs, the grade school, kept the cost of tuition down, and under his watchful eyes, the building of the parish halls, and remodeling the gym. These programs not only served the community, they also provided leadership opportunities for the parishioners. Fr. John promoted leadership development for all. Under his guidance, there was always something going on at St. Charles to help the community grow and thrive. On November 29, 2021, Fr. John celebrated his 100th Birthday! In Arlington, a caravan of 50+ cars from Parkesburg, Philadelphia, and the local community paraded by to salute him. That evening, a 100th Birthday Zoom celebration was scheduled with parishioners from far and near to honor, express love and praises for his life of service as “The People’s Priest.” Our Beloved Fr. John transitioned peacefully at the Capital Care Health Halquist Hospice Center in Arlington, Virginia on Tuesday, February 9, 2021. He is preceded in death by his parents, Jeanne and Karel Van de Paer and his brother, Herman Van de Paer. He is survived by his sister-in-law, Annie Van de Paer; his three nieces and their spouses: Mieke & Fred, Goeleke & Dirk, Veerle & Koen; his three nephews and their spouses: Jan & Christel, Peter & Kirsten, Dieter & Stina; 18 great nieces and nephews; 22 grand nieces and nephews; and loving parishioners from St. Cyprian, St. Charles, Parkesburg, and Arlington parishes. Excerpts taken from: Hood, Kathleen (2020). Amazing Grace: A Journey of Love. Morgantown, PA: Masthof Press.

Send flowers to the Paer family.