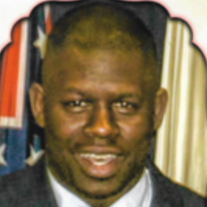 Acy Willis was born on September 16, 1965 in Philadelphia, Pa. He was raised in Philadelphia and attended the Philadelphia Public School System. Known affectionately as "little man" to his siblings. Acy was fascinated and excited by bikes at an early age; he was drawn to motorcycles by the time he was 12 years old and hung around motorcycle clubs. Acy loved bikes so much that when he purchased his first bike at age 16; he would park it in his mom's living room at night. Acy leaves to cherish his legacy; his wife Beverly; children Autumn and Joshua Willis; step-children Edward, Christina, Jasmine, Sharday and Crystal; mother Joan Miles; siblings, Sherries, Maurice, Coretta, Robert; seven grandchildren; a host of nieces, nephews, aunts, uncles and an ocean of friends.
To order memorial trees or send flowers to the family in memory of Acy Willis , please visit our flower store.