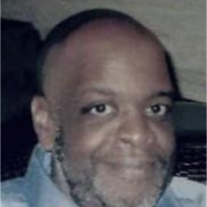 The Grand Architect of the Universe in His infinite wisdom saw fit to call his beloved son, Anthony Blanks, home to rest on Friday, July 19, 2019. Anthony, affectionately known as "Tony", was the youngest of four children, born to the late Ernestine Blanks, on December 4, 1966, south Philadelphia, PA. Tony was educated in the Philadelphia Public School system,and the "School of hard knocks". He moved from job to job, until he found his passion working with children, at the Wharton Square Recreation Center. There he was mentored by the late Ms.Trudy and Mr.Bo. Tony had a special way with the children. Even through his no nonsense attitude and straight forwardness, you knew you were loved and cared for.
To order memorial trees or send flowers to the family in memory of Anthony Blanks, please visit our flower store.