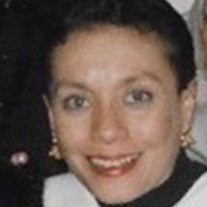 Beverly Ann Rohan was born on January 23, 1955 at the University of Pennsylvania Hospital; the fourth of seven children born to William J. Richie, Sr. and Helen Richie. The family resided in South Philadelphia and later moved to Southwest Philadelphia. She is survived by her partner of over forty years, Alford Williams; her daughter Marisa Higgs-Salaam; her step-son John Williams, her step-daughter Francine Ford; grandchildren Jabari, Anaya, Hadiya; Brittany, Christopher, Ashely, Marcus and Walter; brothers William Jr. (Cheryl), Curtis (Angela), and Gregory; her sisters Marsha and Patricia (Edward); and a host of nieces, nephews, cousins and friends. She is pre-deceased by her father William J. Richie, Sr., her mother Helen Richie, and her sister Col. Sharon I. Richie.
To order memorial trees or send flowers to the family in memory of Beverly Ann Rohan, please visit our flower store.