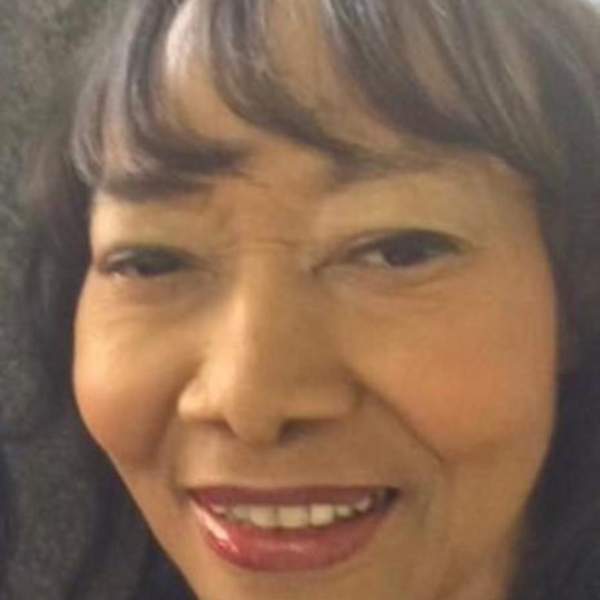 Carrie Washington Johnson was born on May 16, 1942 to the last Robert and Naomi Washington in Wrens Georgia. She was the third of nine children. They were Large and Loving Family. educated in the Wrens Public School system. She attended Jefferson High School where she was on the basketball team and was Valedictorian of her graduating class. After high school she attended Albany State College in Georgia and pledged for the Alpha Kappa Alpha Sorority Inc. which lead to becoming an "Eternal Ivy”. In 1963 Carrie relocated to Philadelphia, Pennsylvania where she continued her education Temple University While Living with her Aunt Evelyn and Uncle Willie Burnett, Carrie met the love her life Paul T Johnson Ill. 7hey were married on June 12, 1965, To this union two children were born, Jenaya and Paul IV Carrie adored her children and vas a devote wife and mother who always put her family’s needs first. She saw to it that her children given the best she could provide in loving care, spiritual nourishment, and material comforts. She was a kind, gentle spirit and loved all things about nature, especially gardening. The example she lived day by day will ever be a goal for her family to strive to reach. As a family they enjoyed many good times together such as activities at the YWCA In Germantown, tennis lessons, going to the Allen’s' Lane Art Center, and especially spending time at the local playground. Every year the whole family, including cousins, aunts an uncle would take a trip back to the family home in Georgia. The excitement started t build weeks in advance of this family reunion as traveling music was taped, clothes were packed, and various other tasks were completed in anticipation of this RV road trip. Carrie was employed by what was at the time known as the Bell Telephone Company, now Verizon. She held the position of maintenance case worker for thirty-five years until her retirement in 1999, While employed there Carrie was a finalist for the "Miss Be Torch Beauty Contest". She also acted as a surrogate mother to many of the young employees. She loved her job and was respected by all other employees who knew her. At an early age, Carrie accepted the Lord as her personal savior. She was baptized a Ways Grove Church which is where her family worshipped. Once married she attended her husband's church, James Varick Memorial Temple African Methodist Episcopal Zion Church, now known as James Varick A,M.E. Zion Church. Carrie W Johnson was a devoted wife, mother, grandmother, sister, aunt and friend to many. Her life was a legacy of love, grace, and caring for her family. She touched many lives with her positive attitude. She will be sincerely missed. On Sunday, September 20, 2020, after a short but arduous illness, the Lord awarded her work with, "Well done my good and faithful servant. Come and rest from your labors". We are grateful to Go for allowing us to share this beautiful life. She leaves to cherish her precious memory her devoted husband, Paul 111; two children, Jenaya and Paul IV; one daughter-law, Bilon; three grandchildren, Maya Smith, Logan Johnson and Paul Johnson V; three sisters, three brother three sisters-in-law, one brother-in-law, and a host of nieces, nephews, cousins and •ends.
To order memorial trees or send flowers to the family in memory of Carrie Washington-Johnson, please visit our flower store.