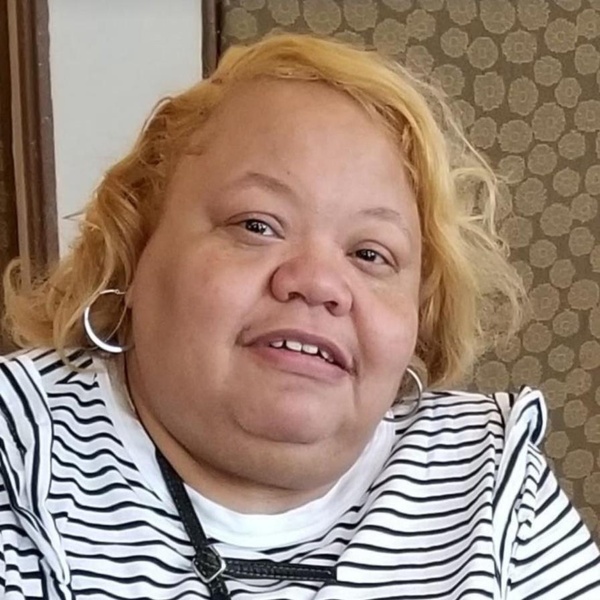 Cheray Louise Guions affectionately known as "Ray" was born on October 19, 1958 in Philadelphia, PA to the late William and Louise Guions. she was the youngest of 9 children. Cheray was educated in the Catholic School System until her high school years and graduated from Olney High School. She was self -employed as one of the best "Babysitters" you will ever know. Cheray devoted herself to each child that she ever cared for. She treated all of them as if they were her own. Her greatest joys came from her two daughters, grandchildren and the children of Goldy's Toys and Tots, 'Which people called her establishment. Her favorite pastimes were talking on the phone, shopping, baking her famous Seven Up cake and listening to the sounds of Luther Vandross and Anita Baker. Ray's Favorite holiday was Christmas. Having family and friends around put a smile on her face, but sharing the tradition that was passed down from her father was the bright spot of the holiday cheer. She preceded in death her parents William and Louise Guions, her sisters Eloise, Hope and Sandra (Cookie), brothers Haywood, Ramon, Mark and William (Buster) She leaves to cherish her loving memory, her two daughters Tracee Guions and Aigner Cheeseborough, two grandsons T'ere and Logan Guions, one granddaughter Amiah Hannah, three sisters Juanita, Evelyn and Alicia and one brother Lloyd. A host of cousins, nieces, nephews, and friends.
To order memorial trees or send flowers to the family in memory of Cheray Guions, please visit our flower store.