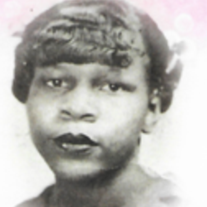 Delores Mae Dash was born in Philadelphia, Pa on June 19th, 1935 to the late Robert Davis and Hortense Jackson. Delores was the only child who was raised by her loving grandmother Emma Jackson. she leaves behind to cherish her memories, daughter, Deborah Salsburg, son, James Jr., two grandchildren, David Salsburg and Brandy Dash, Cousin Mr. Elizabeth Smith and her family, sister in laws, their families godson Kenneth "Tank" Collins, anunt Venal, and Alice, aunt Gloria and aunt Novella and many, many friends.
To order memorial trees or send flowers to the family in memory of Delores Dash, please visit our flower store.