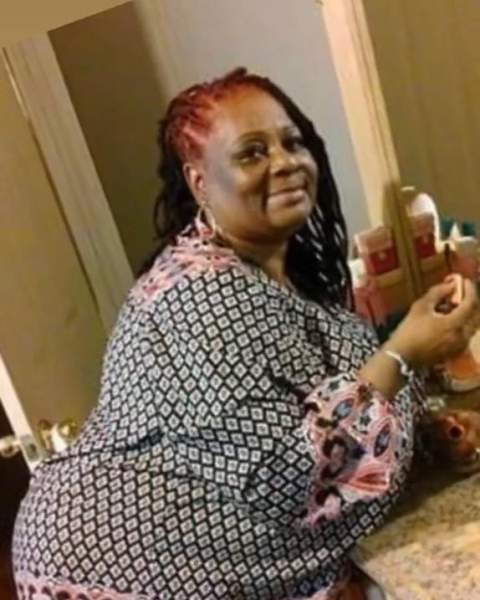 Diana Doris Wallace affectionately known as "Dotta" was born on May 3,1955, to the late Frank Floyd and the late Doris Floyd. She was the second oldest of six children. Two of her sibling preceded her in death: Sharon Denise Floyd and Frank Atlas Floyd. Dotta was educated in the Philadelphia Public School system. Dotta worked many jobs in her life but the best-known job she had was of taking care of her children.
She had a love for children, and they loved her too. Dotta met Bernard Tisdale and from this relationship her oldest daughter Shaleen was born, It was during this relationship that she accepted Jesus Christ as her personal Savior.
She later met and married John Wallace and from this union. Jonda was born and a few years later she was blessed with her last daughter. Ebony. Although she gave birth to three daughters, she raised three sons Darnell (Woo), Darron (Pie) and the son of her heart, Kyree.
Dotta was one of a kind and you never knew what was coming out at that mouth, she had a voice that could never be forgotten. She had an unforgettable laugh an enthusiastic sense of humor and could laugh at herself. Most of all she loved her family with all her heart. The problem with her was she could not keep a secret if you didn't want anybody to know anything that was going on in your life son tell Dotta
To order memorial trees or send flowers to the family in memory of Diana "Dotta" Doris Floyd-Wallace, please visit our flower store.