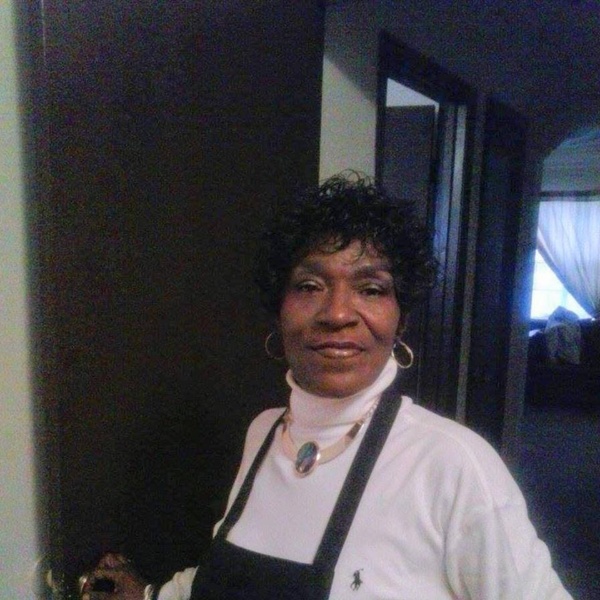 On August 30, 2021 our angel closed her eyes to be ever present with The Lord forever. Dianna Marie Boyd-Perry was born October 8 1951 to the late John William Davis Sr and the late Christine Elizabeth Boyd-Carpenter. At an early age, Dianna knew The Lord and was baptized at Tindley Temple Church. Dianna was educated in the Philadelphia Public School System where she excelled in speaking fluent French, Tap and Dance and an amazing sprinter in Track and Field. Dianna started working at the age of 14 selling brown paper bags in South Philadelphia on Washington Ave. She was a firm believer in making her own money and always had a job. Whether working down the Jersey shore with her cousins during the Summer season or selling brown paper bags, she was a natural hustler and knew how to make a dollar holla! In 1975, she met the love of her life, Michael L. Perry. After a 10 year courtship, in 1985 they were wed in holy matrimony in Philadelphia, Pa. They were together for a total of 37 glorious years and had a love for one another that was very rare. She fulfilled her vows to her husband till death do us part on Jan. 23, 2012. Dianna worked in Atlantic City for over 28 years. She started as a cocktail waitress in 1975 and realized she wanted to be a certified mixologist. Dianna was never one to take no for an answer. If you told her she couldn't, she'd show you she could. Strong willed and determined, She went back to school in 1978 to get her certification in Mixology and became the very first black female certified mixologist in Atlantic City, a position that was normally only held by men. Dianna always strived to be the best at whatever she did, so with her larger than life personality, she went back to school to get her Associates degree from Peirce College in Management and in 1988 she earned the prestigious position of Director of Food and Beverage at The Taj Mahal Hotel and Casino from which she retired. Dianna was a devoted wife and doting Mother, Grandmother and great-grandmother. She loved spoiling her grandchildren and great grandchildren. Dianna was so outspoken, feisty and had a bold personality. She wasn't scared of nothing and nobody! She always told it like it is and never bit her tongue about anything, because she said it hurt to do so. If your GPS lead you her way you had better come straight like 9:15 or reroute. Dianna believed in true family values, with tough love always, just like her Mother Christine. A true Matriarch and who protected as well as loved her family fiercely. She was known as the party starter and she loved having a good time with family and friends. She was a natural in everything she did. To know her was definitely to love her. Although small in stature, her big personality made her stand out and definitely unforgettable. Her known sayings were "Holla atcha girl!" and "Say Good night Gracie!" She was predeceased by her parents, her brothers William "Billy" Boyd, Ernest Donald Davis, her grandmother Helen Boyd and her loving husband Michael Perry Sr. She leaves to mourn her passing: 4 children, Daughter Nicole Boyd-Avery (Terrance) Norfolk, Va, Sons Omar Boyd of Carthage, MS., Michael Perry Jr and Markeith Perry of Philadelphia, Pa. 6 magnificent Grandchildren Michael Boyd (Dineshia), Malcolm Boyd (Mykia) and Domingo Boyd all of Norfolk, Va, Nevaeh Boyd, Talini Boyd and Shameh Boyd all of Carthage, MS. 6 precious Great Grandchildren Peyton Boyd, Myles Boyd, Malaya Boyd, Lauryn Boyd, Mia Boyd all of Norfolk, Va and Linley Lovell Jewel Pigg of Carthage, MS., her only aunt June Fisk of Philadelphia, Pa., 7 half siblings Teresa Davis, Vanessa Davis, Sandra Davis, John W. Davis Jr, Gilbert Davis, Carl L. Davis Sr, and Tomasina Davis all of Camden, NJ, Her best friend Josephine Perkins of Philadelphia, Pa., a host of cousins, nieces, nephews and a bounty of friends who loved her dearly and will miss her very much.
To order memorial trees or send flowers to the family in memory of Dianna Perry, please visit our flower store.