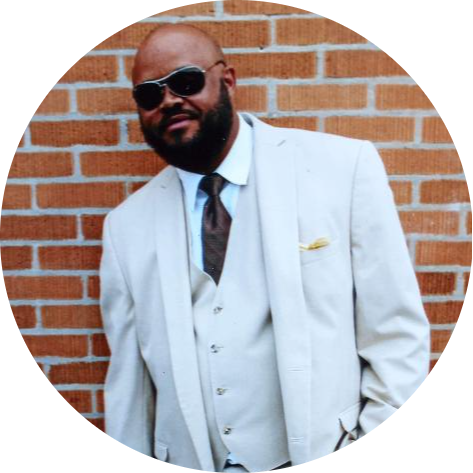 Dion Roland Smith was born on December 13, 1971 to Donnie R. Smith and the late Delores C. Pinder in Nassau Bahamas. Dion was called home by Yahweh on May 29, 2022.

Dion was educated in the Bahamas School system where he graduated from L.W. Young High School. Dion came to US in the late 80's. He attended Star Career Academy for Air Crafting and Nursing which he received his degree in both! Even though he had Careers his love and passion for driving always took over. NoSign could get you anywhere using all the shortcut's you could think of.

Dion became a father at an early age according to his mothers last wishes. He had to be a big brother and father to his Kenya. Dion always told me "I didn't know what to do" But with the help of his second wife Ronnie he did a great job! He taught Kenya how to drive with her legs first ( they are just a little now) He also took on another child Chantel who worked his last nerve along side Kenya until his last days they still worked him over. Dion was always saying I'm putting my foot down. Kenya and Chantel would say "BYE DION" and Laugh.

Dion was a Big Man who was very caring, fearless, daredevil, Always talked his stuff. He loved to grill for BBQ or just cook overall. Dion started riding bikes at age 14 and never stopped, even did knee dragging with his crazy best friend Thomas. NoSign was always known for photo bombing somebody's pictures and capturing the moment. Dion was a Master Black Belt in Marshal Arts. He loved to swim and fish. Dion loved wheeling and nothing would stop him from doing so. Wheeling was his life long passion.

Dion was very private with his personal life. Trust was a big part of his life and he didn't trust to many. He started a new journey in 2015 when he had his first born son Jr. whom changed his whole life around. He thought until 2018 when his first princess was born and tied to his hip like glue. She sat him right down everyone knew who the real boss was then. So much to say about Dion what he loves and how he was to much to write. We can say he enjoyed life to the fullest and left no rocks unturned.

To order memorial trees or send flowers to the family in memory of Dion Roland Smith, please visit our flower store.