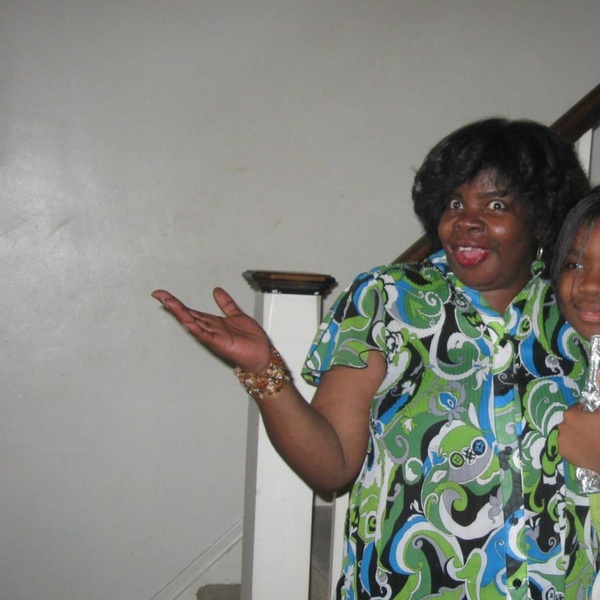 Doris Marie Robinson was born on December 9,1958 to the late James and Ruth Robinson in Philadelphia, Pa, as the youngest of 8 children. "Tutti" as she was affectionately called, loved spending time with her family and friends. A lover of family stories and events as well, Doris went on to be known as the "gatekeeper" of the family memories. She began her formal education in the Philadelphia public school system and graduated from Overbrook High School in 1976. Her love of culinary arts and interest in nutrition led Doris to be enrolled in the Community College of Philadelphia , where she studied Dietary and Nutrition. An interest in the medical field caused her to also pursue X-Ray Technology. After completing her studies, Doris was employed with Baskin-Robbins Ice Cream and Kentucky Fried Chicken. The combination of her experience and dietary studies led her to become the Assistant Manager at both establishments. She went on to work in the dietary department at the Institute of Pennsylvania Hospital, now Kirkbride Center for over a decade. Later on, she would work in dietary with the School District of Philadelphia and volunteer at Morton Elementary School, all while working with the Internal Revenue Service for several years. Utilizing her x-ray technology background, Doris went to work as an EKG Technician for Methodist Hospital of Philadelphia then christiana Hospital of Delaware. Later on.she worked in medical administration at the Hospital of the University of Pennsylvania as a File Clerk Manager. She would continue working at HUP for over a decade until her early retirement in 2009 due to health concerns. Always one to be on the ball, Doris somehow found time to become an entrepreneur. She had a knack and love for sales and deals. From top quality women's apparel to fine jewelry to Avon, you name it she could procure it. Her family and friends always knew who to go to when looking for a hot sale. In 1982, while visiting with friends, Doris met Michael Denny, who also known as "Maestro" around the Philadelphia music scene for his disc jockey and break dancing skills. Their union solidified into marriage in December of 1993, with a love that weathered all of life's ups and downs and has withstood the test of time. This union was also blessed with two wonderful children, Sirod and Yamia who were the lights of her life. During this time, Doris also came to know and accept Jesus Christ as her personal Lord and Savior. She loved visiting area churches and partaking It in their Sunday worship services and other events. It is through her love of faith and service that Doris became a Sunday Schoolteacher and administrative personnel at Progressive Ministries of Philadelphia. Doris had many accomplishments and enjoyments in life. She loved entertaining and cooking for her family and friends, always hosting gatherings, including her legendary Sunday dinners. Her beloved Cool Whip and Sweet Potato pies were always a hit, running out and even selling out whenever she made them. Always listening to music, dancing, catching the newest Lifetime movies, traveling and shopping for deals, she loved thrift shops and yard sales. Not to mention her beloved "Can-Can" sale at the local markets. Above all else, she loved communicating with family and friends on the phone, telling jokes and trading lighthearted gossip. After a lifetime of love, laughter and happiness, on Saturday August 7, 2021 Doris was called home to rest in heaven with the Lord. She was preceded in death by her siblings, Milton, Mary and Delphine. Left to cherish Doris's memory are husband, Michael, children, Sirod(Antionette) and Yamia; stepchildren Michael jr.(Diane), Marquita and Tiffany; sisters, Resie(Lawrence) and Claretha(Derek); brothers, Ronald(Lillian) and Mitchell(Reginal); granddaughter, Elena, and a host of family members and many great friends. As we think on her today, remember the words to her favorite song, "Angels watching over me". She is a watchful Angel now. Hallelujah, Thank you Jesus.
To order memorial trees or send flowers to the family in memory of Doris Marie Robinson-Denny, please visit our flower store.