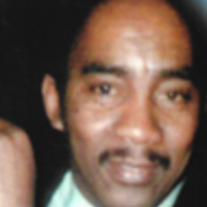 Edward Alfred Robbins Sr., affectionately known as Eddie to his family, was born to the late Bessie Robbins and Lloyd Tate on January 20th, 1938 in Philadelphia, Pennsylvania. After the passing of his mother, he and his Aunt Alice shared a special bond. Edward leaves to cherish his memory: His Wife, Dolores; His Children, Harriet, Pamela, Edward, Rodney, Sandra (whom preceded him in death), and Enique; Daughter- in - law, Linda; Brother, Lloyd Tate Jr., Step sister, Carole McCown and two Sister- In- Laws, Sandra Jones and Bertha Felder; 3 Special Cousins, Marcella Cromarty, Helen Duvall and Deborah King; 20 grandchildren, Baby Shamir (whom preceded him in death), 22 Great grandchildren, and a host of nephews, nieces, cousins and friends.
To order memorial trees or send flowers to the family in memory of Edward Alfred Robbins , please visit our flower store.