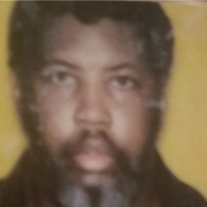 Eugene "Boobie" Waddington was born in Philadelphia, PA to a loving mother Thelma Goven on April 20, 1948 shortly after she married James B. Waddington, Sr. The Family was a military family, so this afforded him the opportunity to travel and see many parts of the world. But no matter where they traveled Philadelphia was home. Eugene was very athletic. He had won various awards in baseball, basketball, bowling and track and field during his time in school. He graduated from south Philadelphia High School in 1966. At a young age, he met Eleanor Alston and the couple was married on January 4, 1969. Their union bought two beautiful children, Eugene Dawrence and Sabrina Lynette. Boobie Leaves to cherish his memory: his wife, Eleanor; his children Sabrina and Eugene and Toni; five grandchildren Brandon, antwon, Cayla, Geena, and Samir; his siblings Ward, Kenneth and Nicolette, Janice, Catherine and Darnell, John and Mona, Karen and Samuel; and a host of nieces and Nephews. We should rejoice knowing the he finally found peace.
To order memorial trees or send flowers to the family in memory of Eugene Lawerence Waddington, please visit our flower store.