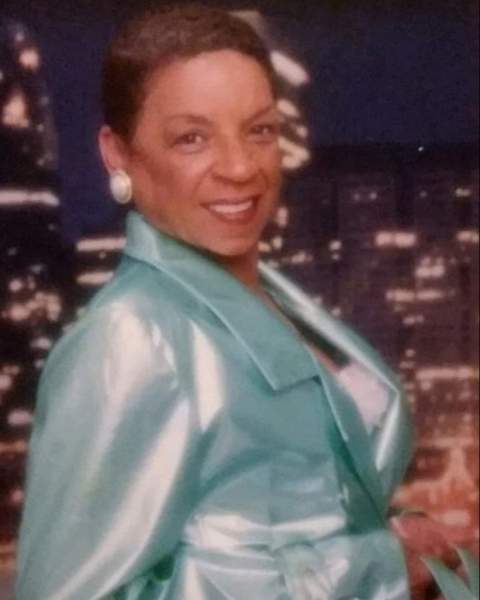 Faith Romaine (Spriggs) White was born on March 18, 1941 in West Chester, Pennsylvania to the late William Spriggs and the late Mary Louise Morgan. Later Mary Louise met and married Alfred Nash and they later relocated to Philadelphia, PA. Alfred played a significant part with parenting Romain throughout her life. On September 3, 2022 the Lord called Romaine home to her resting place.

Romaine attended Bok Vo-Tech High School in South Philadelphia studying cosmetology and graduated in 1961. On November 13, 1961, Romaine received her professional license to “Operate in a Beauty Shop”, from the Commonwealth of PA. This paved the way for her craft in working in various hair salons in Philadelphia, which she later continued from her home. Romaine made her mark by being able to give the best press and curls in South Philly. During Easter season, she was in high demand, giving little girls Shirley Temple curls, bouncing from ear to ear. She had loyal clients of all ages, who loved the work she did.

In 1961 Romaine met, Bruce White Sr, aka Butter. They were united in holy matrimony on March 14, 1963. This union was blessed with four children. With her quiet demeanor, Romaine was dedicated and loving wife and mother.

Romaine was successful business woman. In 1977 she and her late husband, Bruce White, Sr., opened up Mr. B’s Spot. This establishment became the happening spot for many celebrations and memories for the community. As a business owner, they cared about the neighborhood and made significant contributions throughout the years. Romaine was commended for her outstanding Community Services with a Certificate of Appreciation from the James Otis Ford Recreation Center.

Romaine had many activities that she enjoyed. Holiday gatherings with her family were a must. Ahe always cooked Thanksgiving Dinner, even when she lived alone. She hosted game nights, back yard barbecues, Halloween, Christmas and New Year’s Eve Parties. She enjoyed crocheting, sewing, doing puzzles, going to the casino, stage plays and concerts. Her television favorites were, The Young & The Restless, The Game Show Channel, Survivors, Big Brother and the amazing Race. Romaine loved her oldies. On any given Sunday she would have on WDAS, listening to Butterball. Favorite dance was the BOP and she could move across the floor. Her favorite artist was Smokey Robinson, whom she had the opportunity to meet and take pictures with after the show. She cried like a baby meeting her celebrity crush! Romaine was quiet, yet she was so full of life. She loved to have fun and bring smiles to the faces of those she loved. For all she did and who she was, she will truly be missed.

To order memorial trees or send flowers to the family in memory of Faith Romaine White, please visit our flower store.