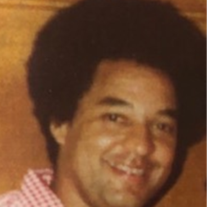 Frank E. Gordon was born on May 23rd, 1936 in Savannah, Georgia to the late Dr. Asa H. Gordon and Dr. Joan L. Gordon. He attended high school and college in Savannah, GA. Frank met his wife Clanthie in high school, and the dated in college. Frank was the oldest of two children and very proud of the research of the research his brother did on government policies. As a result of his brother's research Frank was happy to be given the opportunity to express himself by voicing his opinions on Wurd Talk Radio. Frank was a member of the Wurd Talk Radio. Frank is sadly missed by his wife Clanthie Gordon, his son Edmund, daughter in law Sandra, his so Anthony, daughter in law Mary, his son Rodney; His grandchildren: Quentin, Christina, Alexandria, Asa, Austin; brother Robert Gordon; one sister in law, Carol Gordon, and many relatives and friends.
To order memorial trees or send flowers to the family in memory of Frank E. Gordon, please visit our flower store.