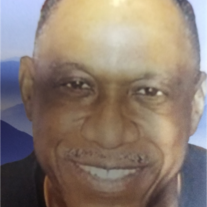 Gregory’s Life Story We celebrate the life of Gregory Anthony Davis Sr. who was born on May 11, 1957. Gregory was the son of Emma Elizabeth Davis and Ike Turner and was reared in South Philadelphia. The second of six children, Gregory was also known as Hungry Big Greg, Grant, and OG. He was much loved in South Philly by his friends and family. Gregory was educated in The Philadelphia School System and a graduate of Southern High. After graduation Gregory did a stint with job corps which took both him and his cousin Timothy Davis to Utah. The skills he learned away gained him immediate employment with the City of Philadelphia. Working for the city provided Gregory with many opportunities which led him o Einstein Hospital. While working at Einstein Gregory met his former wife Vivian Rodgers which took him to South Carolina. On his return they quickly made Manton Street home in South Philadelphia. After working at Einstein Gregory went to work for Goodwin Tires then Care Pavilion Nursing Home. He remained there for many years until his illness forced his retirement. This did not dampen his spirits. Gregory’s remaining years were filled with laughter and friendship in the neighborhood he loved so much. Gregory is preceded in his death by his mother Emma Davis and brother Barry Davis. He leaves to mourn six children, Kira, Damon, Danielle, Gregory Jr. Kiesha, and Destiny. Also twenty-six Grandchildren , Rafeek, Shayanna, Cemone, Joaquin, Daniella, Saniya, Briana, Khalilah, Khalil, Tahjay, Greg, Ant, Trey, Brianna, Kayden, Bella, Hope, Malayjah, Nevaeh #1, Semaj, Razhaan, Dashawn, Kisha, Nevaeh #2, Navontae, Leila, and three great-grandchildren, London, Ahmad, Rahmir. He also leaves to mourn three sisters, Donna, Vivian, Viola, one brother Phillip, and a host of nieces, nephews, and cousins.
To order memorial trees or send flowers to the family in memory of Gregory Anthony Davis, please visit our flower store.