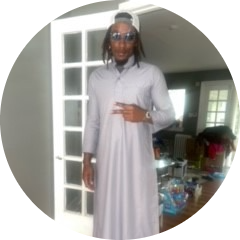 Ikeem Shamut Johnson was  born in Philadelphia Pennsylvania on May 26, 1987. He was lovingly raised by his parents Kim Johnson and Charles Burrell and his Mom-Mom Burnadine Burrell. He was the youngest of three children.

Ikeem also known as Keem, educated in the Philadelphia Public School System and received his high school Diploma at YouthBuild Charter School Ikeem maintained a career as a Philadelphia City Worker in the Sanitation Department. He was working towards advancing his career by recently obtaining his CDL. Ikeem was a devout Muslim, full of Strength, Kindness, intelligence, and Humor. His integrity was as boundless as his generosity. Never one to see anyone in need. It was part of his nature to put others needs before his own, with no complaint, he was a true “Legend” and will leave a great void in the lives of his loved ones.

Ikeem was preceded in death by his grandfather Ronald Collins and Uncle Rodney.

To order memorial trees or send flowers to the family in memory of Ikeem "Keem" Shamir Johnson, please visit our flower store.