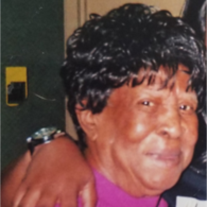 Laura May Chandler was the eldest of six children, of the late Courtland Brooks Sr. and the late Lauratta Brooks, was born November 23,1927 in Philadelphia, Pennsylvania. She departed this life after a very long illness, on Saturday, December 14, 2019. She was raised in South Philly and was known as "Mom Laura". Laura was predeceased in life by her father, Courtland Brooks, mother, Lauratta Brooks; four sisters: Eunice Andrews, Priscilla Brooks, Deloris Adams, Constance T. Wilson and her brother Courtland Brooks, Jr. and three grandchildren: CLifford Chandler III, Russell Chandler, Robert Chandler, Jr.
To order memorial trees or send flowers to the family in memory of Laura Chandler, please visit our flower store.