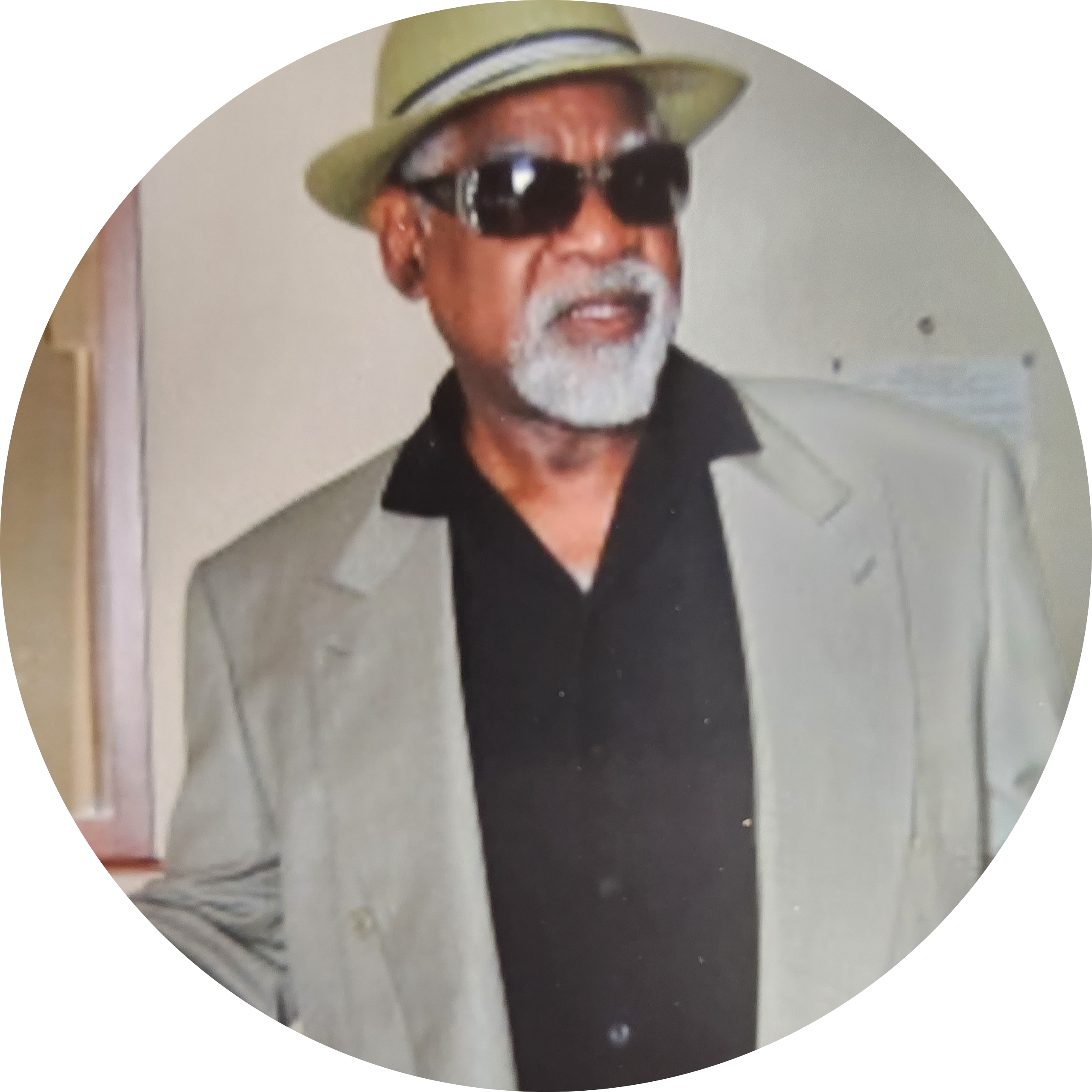 Born to Eartha Lee Carson and Leon Pittman in Philadelphia, Pennsylvania on April 5, 1942, Leon graduated from West Philadelphia High School, where he ran track on the championship team, excelling in cross-country, high hurdles, low hurdles and the hundred-yard dash. He also had musical aspirations, having written and recorded a doo-wop demo as a young teen, and studied Trumper throughout his high school years. His plan  to attend Villanova University were thwarted when he was drafted into the united states Army. Like many young men of his generation, he went on to serve in Vietnam.

Upon returning home he married the love of his life, Dorothy Melton in June 1968. Two children were born of this union: cherished daughter and son, Eartha Ann Leon (“Truth”). After starting his family, Leon achieved his educational goal: he received his Bachelor of Science degree in Education from Temple University in 1977.

Following period of employment at General Electric and as a teacher with the Philadelphia Public School System, he went on to a successful career with the United States Post Office, from which he retired to devote even more tome to his family. He and his wife Dorothy were inseparable: the two enjoyed shopping, visiting casinos, watching the Philadelphia eagles, and spending time with their children and grandchildren.

Leon was not a member of a church, but he did have a personal relationship with Jesus Christ. Leon was a member of the Prince Hall Mason Lodge #74. Additionally, he was a generous and cheerful giver as well as a stylish dresser who loved matching his hats to his outfits.

Leon appreciated a good meal, a good book to read, and a good glass of Remy Martin. He also maintained a deep interest in astrology, spirituality, and music. Some of his favorite past times were driving his various types of Jaguar care and spending time with his family. As a father, Leon was strict even in the summertime; his children were required to be on the steps and in front of the house when the streetlights came on, his daughter’s suitors had to come in the house to meet him, not honk their horns and stay in their cars. Leon taught his children hoe to be polite, respect their elders, and to treat people with kindness.

Leon was predeceased by his grandmother, Willie Lee, beloved mother Eartha and father, Leon. He is survived by his wife of 55 years; Dorothy, who is broken-hearted and who will miss him tremendously: daughter  Ann Smith; son-in-law Rocco Smith; devoted son, Leon, granddaughter, Tru, grandson, Leon; brother, Irvin; and aunt, Wilhelmena. Leon did an excellent job throughout life providing for his wife, children, and grandchildren and he will truly be missed.

To order memorial trees or send flowers to the family in memory of Leon Carson Sr., please visit our flower store.