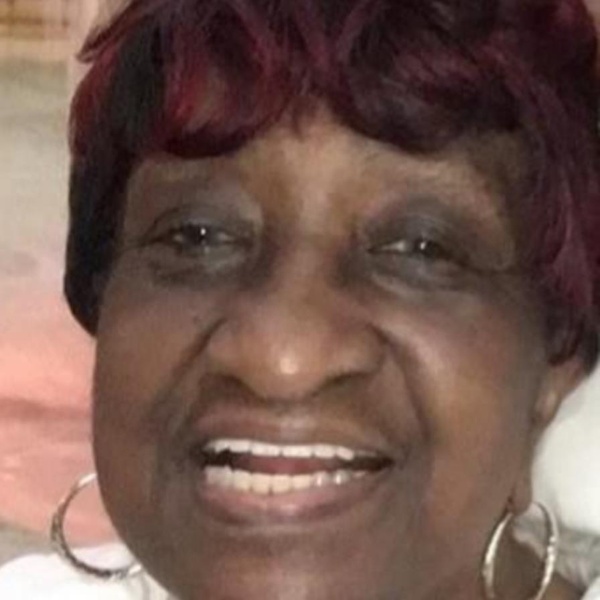 Loretta Welch, affectionately known to her friends as "Retta" was peacefully called home to join her parents Corona and Archie West along with her dearest sisters, Bernice, Viola and Arlene on December 1, 2021. Born on July 14, 1933, Loretta was the third of four children and she and her sisters were raised by their young widowed mother corona on Montrose Street in South Philadelphia. Loretta and her sisters often reminisced about their childhood growing up on Montrose Street. Their mother and her four little girls faced some really tough times during the depression era. They struggled with poverty and hunger. They often lacked the basic necessities such as warm clothing and how to get fuel to heat that home on Montrose Street. Her mother Corona would often have to leave her girls for long hours to take care of other people's homes. The older girls Bernice and Viola were charged with with helping to raise their younger sisters and voluntarily chose to leave school in order to help support the family. Despite their many hardships, it was a home full of love and she and Arlene had a childhood that was filled with fun and adventure. On that block those four sisters would forge lasting and loyal friendships that would span for more than 80 years. Loretta was a bright, inquisitive child who developed a lifelong habit of being the first one up every morning. She told us that she once looked out of the window early in the morning only to spot a $20 bill. She said that she flew outside and picked up the money she found and gave it to her mother who broke out in tears. They knew that money was God sent because she literally did not know how she was going to feed her family. She was somewhat of a tom-boy and quite the daredevil who was full of mischief. The stories that they told of their early years kept us kids laughing for hours. Loretta was educated in the Philadelphia Public School System but also left school early to enter the workforce. She held many jobs over the years but finally landed a position working for the University of Pennsylvania Dining Services for the next 23 years until she retired in 1998. Loretta was a many faceted woman. She was the mother of Carol, Evander and Lori. She was the loving and devoted wife John Welch and their love affair lasted for more than 60 years. He was truly the love of her life. Loretta had a passion for music, dance and drama. She thrilled the hearts of her family when she would dance across the floor to the music of Marvin Gaye a Gato Barbieri the saxophonist in her most dramatic style. She was quick witted and always had so many funny sayings. She was also known to be quite the comedian who could keep you in stiches. Ther was nothing she liked more than getting together with her sisters and friends for an evening playing cards and pokeno. She was also fashionista who always carried herself with style and flair. She was content shopping a John Wanamaker's and Macy's but could be found just popping into the shops on Point Breeze. Loretta was a hard worker who taught her children the value of honest work. She was willing to take the shirt off her back to help others. She was a good neighbor and was well loved and respected on 23rd & Tasker where she and her husband John lived since 1974. She displayed the heart of a servant to her sisters and worked tirelessly to provide them with comfort and support when they were faced with challenging health issues. She was a longstanding member of the St. Charles Choir. Loretta was instrumental in boldly reshaping the Choir's musical vision to include a strong cultural heritage of gospel music to the South Philly community. They have been invited to sing at several churches in the region. Her granddaughter Sade would laugh at her grand mom Loretta who would suck on whole lemons to "clear her throat" before making a solo appearance on Sunday mornings or midnight Mass. Loretta was a believer in her Lord and Savior Jesus Christ and accepted his gracious offer of salvation very early in her life. He has truly blessed her with a long life. She saw some happy days. There were many days of tears and grief and it was those days that we all face when Loretta leaned heavily on His ever loving arm. Her family is grateful to have had this wonderful woman in our lives for so long. It is our hope that she has made us better and stronger human beings. We will never, ever forget her but please know that her passing is truly well with our souls. She leaves loving memories to her husband John, Daughter Lori, Grandsons, Evander leonard3rd, Terrell Summers; Granddaughters Sade, Johnae, Jalaya; Step son John Jr.; Great Grandsons, Terrell Jr., Kayden and Karter and her treasured nieces Leslie and Kirstan; Daughter-in-law Tressa Wiggins. Jesus is Always There Sometimes our skies are cloudy and dreary Sometimes our hearts are burdened with cares But we may know that whatever befalls us Jesus is always there. When in the midst of life with its problems Bent with our toils and burdens we bear Wonderful thoughts and deep consolation Jesus is always there. “Lo, I am with you always” is written God will not fail to answer our prayer Trusting His word, we rest in His promise Jesus is always there Never a burden that He does not carry Never a sorrow that He does not share Whether the days be sunny or dreary Jesus Is Always There!
To order memorial trees or send flowers to the family in memory of Loretta Leonard-Welch, please visit our flower store.