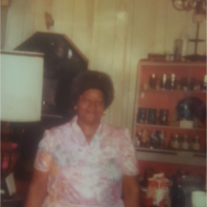 Mary L Jackson was born to Richard and Mary Clayton in Wheeling West Virginia. She raised in Philadelphia, PA and she grew up an only child. She Leaves to mourn her five children: Carol Berry, William Jackson Jr., Phyllis Alexander, Sharon Moore and Catherine Todd; sister-in-law, Marie Coleman and Ruby Jackson; brothers-in-law, Melvin Watson, John Jackson and Richard Holmes and a host of grandchildren, great grandchildren and great-great-grandchildren, nieces, nephews and many friends.
To order memorial trees or send flowers to the family in memory of Mary Jackson, please visit our flower store.