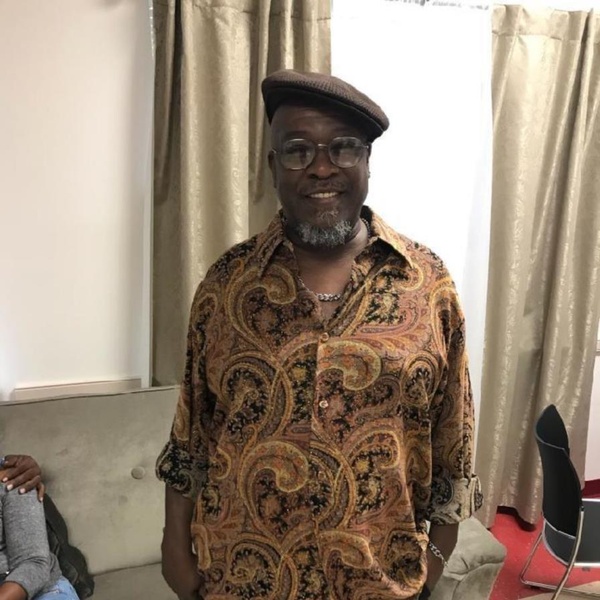 Michael Anthony LeGare was born in Philadelphia on December 21st 1959 to William T. LeGare and Ruth LeGare who preceded him in death. On August 12th, 2021, the Lord called Michael home. Michael was best known as Mike or Uncle Mike. Michael was the third oldest of seven siblings. After he graduated Overbrook High School, he later enlisted in the United States Army. Michael then married Shawn LeGare and and together they had two sons Lamar and Shawn. Mike was always the life of the party. His love for his family knew no bounds-he was a family man and would do anything for them. He made sure that everyone he loved was fed. Mike was a giant everywhere he went, and his infectious laugh followed along the way. Mike enjoyed his life and did whatever he wanted to fulfill it. Mike always looked out forthe people he loved--you could always depend on him. He had your back. Mike listened to the oldies on Sundays, enjoyed eating seafood- crabswas his favorite. He also loved sports as he was a dedicated Philadelphia Eagles and 76ers fan. Mike also had two extended granddaughters, Yasimiah and Baiheea Johson who he raised with LeAngel Johnson, his long-term partner and companion. Michael loved all the children that was part of his life. He is survived by his two children, Lamar and Shawn; his granddaughters Yasminah; Baiheea; Aaliyah; and Heaven. His two brothers William T. LeGare 111, Steven and his three sisters Tanya; Charlotte; and Ruth, Michael also leaves behind a host of nephews who he called his boys, Christopher Wilder, Jr. (and his sons Christopher 111, Chase, and Cameron); Joshua; Julian; Raymond; and Aaron, his nieces and a host of family and friends.
To order memorial trees or send flowers to the family in memory of Michael Legare, please visit our flower store.