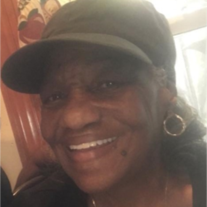 Mildred B. Rhodes was born on February 25,1937 in Chesapeake Bay, VA to the late Alberta S. Roberts and Henry Bailey. She was raised by her parents, the late Linwood and Alvonia Manning. God called Mildred into eternal rest on September 25,2019 at Jefferson University Hospital. Mildred is preceded in death by: her parents, Alberta, Harry,Linwood and Alvonia; her sister, Cora; and her brothers, Harry, Wallace and William.
To order memorial trees or send flowers to the family in memory of Mildred B. Rhodes, please visit our flower store.