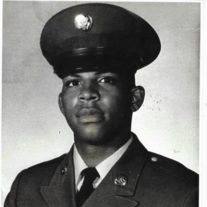 Norman H. Brazier was born to Thelma and Samuel Brazier, Sr. on August 28th, 1944 in Philadelphia Pennsylvania. He joined Greater Mt. Sinai Baptist Church in the early 1970's under the leadership of Rev. Hendon and Deacon Arthur Coles, Sr., served as a deacon. he was a member of the Round Table, Male Chorus and Soup Kitchen. Norman was always a helping hand when it came to the maintenance and upkeep of Greater Mt. Sinai Baptist Church. Norman was preceded in death by his parents Thelma and Samuel, Sr. and two brothers Samuel Jr. and Carlton. He leaves to cherish his memory, a loving and devoted wife, Virgi, two daughters Michelle (Robert) and Sharee, four grandchildren, Kahdeem, Lotoya, Robert and Ramir, two sisters, Alice of Rhode Island, Sharon of Philadelphia Pa, two sister in laws, Judy and Diane (Tom), brother in law, James (Vicki), nephews, Ronald, Nicholas, and Norman (Manny), whom he had a special relationship, a host of nieces, additional nephews, other relatives, a best friend James and a multitude of friends.
To order memorial trees or send flowers to the family in memory of Norman H. Brazier, please visit our flower store.