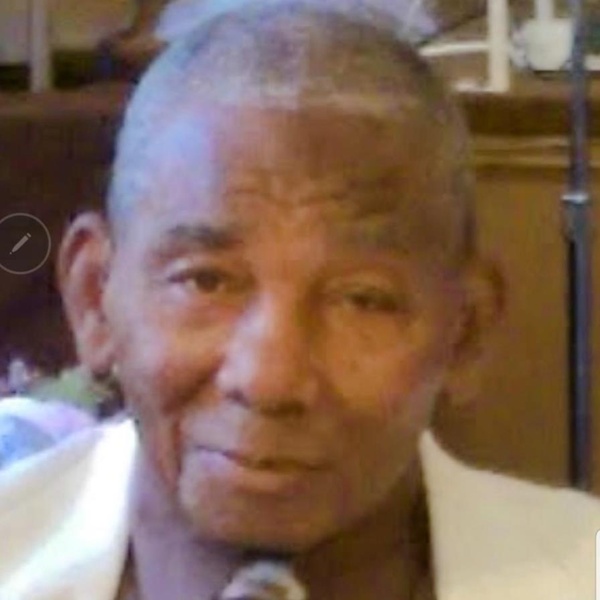 Oscar King Mackey, affectionately called "OK" by his parents and relatives, was born on May 14, 1920 in Glenwood, Georgia. He was the second of two children born to Avia M. (Ryals) Mackey and Enos Mackey, they were the Founding Pastor and First Lady of the Mt. Enon Baptist Church. The family migrated to Philadelphia, Pennsylvania in 1923. Oscar received his education in the Philadelphia Public School System. He received an academic diploma from Central High School. Oscar accepted Christ in November 1927 and became a member of the Little David Baptist Church. He was baptized in the Tasker Street Baptist Church baptismal pool in April 1928. Oscar liked boxing. In 1936, he first started going to the Sigma Theta Boxing Gym. He trained and boxed as a Welterweight (147 lbs.). He won some and lost some. Then he stopped training for a while and returned as a Middleweight (160 lbs.) there after as a Light Heavyweight (175 lbs.). Finally as a Lightweight Heavyweight he won the A.A.U. Middle Atlantic State Championship in that Division. That same year he also won the A.A.U. Junior National Championship in that Division. In 1938, when Mt. Enon Baptist Church was founded, Oscar became one of the original members. He was the last surviving Charter Member. Oscar served in the United States Army during World War II (December 26, 1942 - December 1, 1945). He received an Honorable Discharge. Shortly after being discharged from the Army, he worked as a teacher in Sunday School and later became Superintendent. He served for over 35 years in that capacity. He also joined the Usher Board, and served as President. He remained until he was ordained as a Deacon in 1988. In 1976, Oscar retired as a machinist from the United States Mint. After 32 years of service with the Federal Government he was employed with the Philadelphia School Board as a Non Teaching Assistant. Many of the children looked up to him as a father figure. Including those he had to discipline. In 1992, he returned to the School System retiring February of 2008 after 23 years. Oscar enjoyed fishing and hunting. He enjoyed traveling with his family and looking for a new place to fish. In the late 1960’s to mid 1970’s Oscar was the President and Band Leader of the Pyramid Temple Oriental Band (Shriners). In this organization he traveled and participated in many events and conventions throughout the world. On two separate occasions Oscar was appointed a Walking Deacon at Mt. Enon. Both times he asked not to be ordained for personal reasons. In the mid-1970's, while serving as Superintendent of the Mt. Enon Baptist Church Sunday School, Oscar met a young lady who started attending. Oscar found himself earnestly praying for this young lady and asking the Lord to bless her with a good man. His prayers were answered on August 10, 1980 when Oscar married the woman of his heart, Lucille Pollins. In 1987, Oscar was once again appointed a Walking Deacon. This time, when it came for him to be ordained, he was more than ready. His life had changed, and he was now married to his wife Lucille. He knew that her love, loyalty, faithfulness and support would help him in his Deacon Ministry. Bro. Oscar K. Mackey was ordained a Deacon of the Mt. Enon Baptist Church on May 25, 1988. In 1992, he became Chairman of the Deacon Ministry and continued in this capacity until January, 2010. His favorite scriptures were Joshua 24:15 and Romans 8 in its entirety. One of his favorite song was "Oh-Oh-Oh-Oh, what He's done for me, I never shall forget what He's done for me.” He leaves to cherish his memory: his devoted wife of 40 years, Lucille, three daughters, Laquetta Mackey of Norfolk, VA, Loretta Mackey of Charlotte, NC and Latanya Stone of Akron, OH, three grandchildren Andre Lamar Stone, Amare King Stone and Ava Lanae Stone, Mother-in-Law, Louise Pollins of Philadelphia, PA, one niece June Dixon of McLeansville, NC, three first cousins, O’Kella Mackey Bess, of Brunswick, GA; George Mackey, of Savannah, GA; Pearline McCord, of Vidalia, GA and a host of grand nieces, grand nephews, great nieces, great nephews, great great nieces and great great nephews, cousins and friends. Last but not least, the Mt. Enon Baptist Church family. Lovingly Submitted, The Mackey Family
To order memorial trees or send flowers to the family in memory of Oscar King Mackey, please visit our flower store.