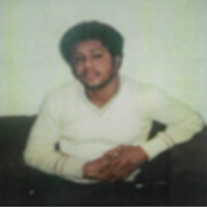 Robert Collins was born May 13,1955 to William and Lela Collins, who preceded him in death. Robert was the seventh of eight children. His oldest sister Mary Jackson also preceded him in death. Robert was also know as Bob and" Yock". He got the name Yock because he dressed sharp. After having two sons, Bob became a stay at home dad and was called MomBam (man of means by all means.) He took great care of his sons needs and enjoyed it. He also liked cooking and cleaning. Robert's memories will live on in his two son, Robert Jr. and Shawn, 11 grandchildren, 1 Great-Grand on the way, 2 sisters, Jeanette Barber (Thomas) Elizabeth Spencer. Four brothers, William (Hazel), Paul (Bertha), Danny (Sabrina), and Michael (Veronica), Quite a bit (too many to count) of nieces, nephew, great nieces and nephews, and countless numbers of cousins. Also, Friends that he grew up with in the neighborhood. He will also be missed by his Love Park family/friends.
To order memorial trees or send flowers to the family in memory of Robert Collins, please visit our flower store.