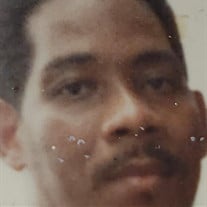 Ronald Tyrone West Sr. was born on January 5th 1945 in Winston Salem, North Carolina to the late Otis and Lillian West. Ronald was the oldest of two children his brother Otis West.

Ronald lost his parents at a young age, migrated to Philadelphia, PA and was raised by his maternal grandmother Lillie Mae Louis in the same household as his cousin "Sister" Augustine Stanfield.

Ronald received his education through the Archdiocese of Philadelphia  (Catholic School System ). He had several jobs throughout his lifetime and was considered a jack of all trades, however he enjoyed working with children most.

Ronald loved to entertain with family and friends, dancing and cooking. He loved music, especially cappella jazz. Ronald was a Master Mason and achieved the 32nd Scottish Rite Degree. He had a warped sense of humor with corny jokes. He had a quick wit and a sharp tongue and would put you in your place. He very much loved and enjoyed his grandchildren and great grandchildren.

Ronald the patriarch of the family, leaves these loving family members to carry forward his legacy and memory.

His memory will be carried on by a host of aunts, uncles, nieces, nephews, cousins and friends.

Also, his close friend who was more like a brother: Joe( AKA New York)

To order memorial trees or send flowers to the family in memory of Ronald T. West Sr., please visit our flower store.