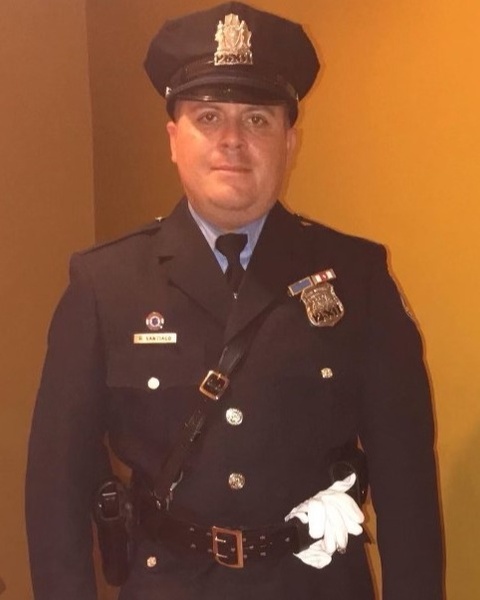 Ruben “Red” Santiago passed away due to sudden cardiac arrest on Saturday, September 10, 2022 at a local hospital in Paoli. Pennsylvania. Born on January 17th,1977 in Brooklyn, NY Ruben spent the majority of his days playing baseball until moving to San Sebastian, Puerto Rico, where he completed high school at Emilio Scharon Rodriguez school in 1996. Upon graduating high school, Ruben moved to Philadelphia, PA where he resided for 24 years until moving to Norristown, PA for his final years of life

Ruben began his life-long career of service as an EMT in Philadelphia. He then joined the Philadelphia Police Department where he served the North Philadelphia community via the 25 District as a bicycle officer for 2 decades. Officer Santiago was well-known and loved throughout North Philadelphia where he could always be found participating in community events and engaging with locals in an authentic way.

Outside of work Ruben had a passion for living life and travel. Ruben’s travel destinations included, but were not limited to Las Vegas, Miami, The Gulf of Mexico, Arizona, Runyon Canyon, Salem, Massachusetts, and all over Puerto Rico.

Ruben was adamant about having fun, enjoying Latin food. And experiencing all of the goodness in the world. He enjoyed owning and driving stick-shift cars and spending time with his family.

Ruben will be remembered for his kind demeanor, family values and lust for life.

To order memorial trees or send flowers to the family in memory of Ruben Santiago, please visit our flower store.