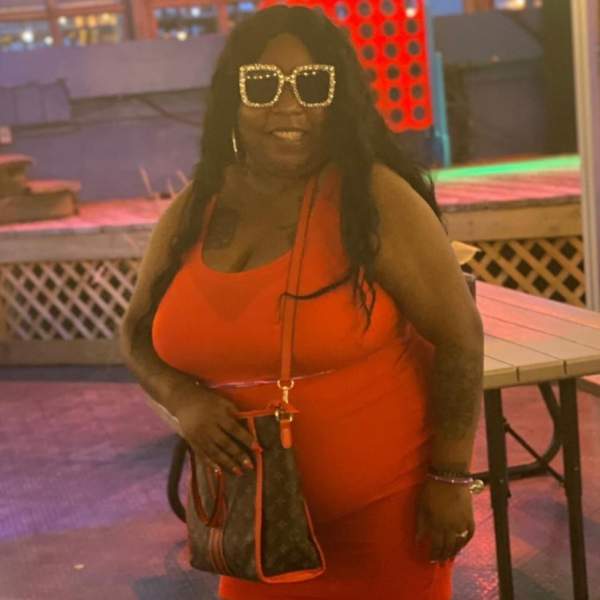 Shakesh Antwanette Irene Gray "Kesha" was a loving caring and thoughtful daughter, mother, sister and fiancé that left this world too soon on June 25, 2021 at the age of 36. she passed away peacefully in her home. Shakesh was born and raised in Philadelphia to Irene Gray and Richard Matthews on August 8, 1984. Shakesh and her two siblings were raised by their Mother Irene Gray ad their Step-Father Andre Hinson. Shakesh accepted Christ at an early age and was Baptized under the provision of Pastor James A. Lovett II at Tasker Street Missionary Baptist Church. Shakesh was educated in the Philadelphia school system. After Which she went on to work various jobs throughout the city. Until she found a job she loved. And That was Working with children in a Day-Care Centers. She worked with children for many years before she made a change and began working with elderly. "Kesha" as she was affectionally called had a heart of gold. She loved her family and she would do anything for them especially her mother. Kesha loved to dance and if she started dancing you knew the party had started, Kesha had a smile that would light up the room. Kesha was that family member that if she had not saw nor talked to you in a while, she would pop up and come see you or she would send you a text just to say "I was thinking about you". Kesha always lend a ear and always gave you constructive criticism weather you wanted to hear it or not. Every Saturday "Kesha" devoted her time to studying the bible. She took her "Sabbath" as she called it very seriously. It was very important to her to take time out to gain a closer relationship to the Lord. She would not accept calls or attend any event until she fulfilled her studies . Kesha is survived by her fiancé John Boyd, her children Irionna and Keyshaun Gray-Allen, Her mother Irene Gray, Step-Father Richard Matthews, Her grand-Parents Shirley and Sonny Gray, siblings Tynisha Gray-Garrett and Irene Matthews. Brother-in-Law Wallace Garrett, one sister-in-law Darrel Cooper. Three Aunts, Two Uncles, Four Nieces, One Nephew, One Great Nephew and a host of cousins, Great aunts and other family members and a a host of friends.
To order memorial trees or send flowers to the family in memory of Shakesh Gray, please visit our flower store.