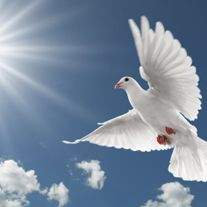 On October 27, 1957, a beautiful baby girl was born to the late Troy Johnson Sr. and the late Elizabeth Johnson. This baby was named Toilean Helen Marie Johnson. Toilean was a bun in the oven at the time of the Holy Matrimony between her parents Troy and Elizabeth. Toilean was raised in south Philadelphia. She was always quiet and shy. Toilean enjoyed dancing and listening to music by AI Green, Michael Jackson, The Silvers and Marvin Gaye just to name a few. Toilean was educated in the Philadelphia Public School System Alcorn Elementary Audenried Jr. High and Bok Vocational High are the schools she attended. After high school Toilean attended the Job Corp. Once completing Job Corp. Toilean gained employment with the Philadelphia Public School System. Ironically Audenried Jr. High School was her first place of employment. She furthered her career with the Philadelphia School district (Bok Vocational high several years and the district office several years) After working for the School District for many years Toilean followed her passion. Toilean gained employment at southside Day Care Where she remained until she was forced to retire due to health issues. She attended church regularly, Sunday service, bible study and Choir rehearsal. Toilean was baptized in the Christian Faith. She attended numerous Churches. Beginning with Gospel Light House. After leaving she attended the light house Christian Center, then to new Beginning Deliverance Ministries also Yesha Ministries worship center and continued at New Birth Fellowship Tabernacle Church where she received her ministry license. Whenever the holy spirit entered Toilean she would dance, dance and dance. Sister Toilean was the light on her feet. Toilean enjoyed listening to Gospel music smokie Norful, Donnie McClurkin, Yolanda Adams, and the Winans were just a few of her chosen music artist. Toilean had a personal Gospel singer whom she enjoyed very much, her nephew Charles. Toilean saw good in all. She would always say “Pray, Forgive and Be Honest”. She was always a listening ear. If you had a problem Toilean would tell you to “Pray on it, prayer changes things in time.” Toilean loved children. Working directly with children was her passion although it was work, Toilean loved each child as if they were all her children. She became a foster parent briefly. Toilean loved her children unconditionally she was ecstatic to give birth to her first born. She named her son Perez and called him “Man” Toilean was, a remained a proud parent. Eight years later Toilean gave birth to her daughter Taliah and called her Pooh. She was extremely happy to give birth to her own daughter. Toilean was a mother figure to many before and after she became a parent of 2 children, Her sibling, Nieces, nephews, and grandchildren all respected Toilean as their second mother. Toilean learned parenting from her parents Troy and Lizzy. They had a Special place in her heart. Toilean was truly a daddy’s girl. Whenever in her dad’s presence she would wear a beautiful smile Toilean was a pleasant person. To know her was an honor. Smiling wasn’t something Toilean did often but when she did her smile would light up a room. Toilean was a loner who walked by Faith her Faith in God was Genuine and strong. Toilean found a special love for Christ at an early age. Toilean loved GOD. Toilean would talk about the Lord everyday sometimes all day Toilean God Daily. Toilean became ill and fought a lightly battle. On March 25, 2021, the Lord sent angels to remove Toilean Johnson from the battlefield exactly 5 years, 2 weeks and 2 days after god sent angels to remove her daddy’s little girl again. Toilean was preceded in death by her mother the late Elizabeth Johnson and Father the late Troy Johnson Sr. Toilean leaves to mourn her children, a devoted son Perez and a loving daughter Taliah, 3 grandchildren Humzalah, Kwamira and Asmaa, 2 sisters Linda and Kilynn, 6 brothers Randolph, Troy Jr., Orlando, Michael , Riccardo and Perez, 3 sisters-in-law Sharon, Germaine and Marlene, 1 brother-in-law Darrien, 1 Great Aunt Martha Dobson, 1 Uncle Robert James, 3 Aunts Florence Regina and Carol, 7 nieces, 10 nephews, 6 great nieces, 13 great nephews and 5 great-great nephews along with a host of cousins, friends and church family. Toilean will be sadly missed. However, we thank god for ending the lengthy battle. The storm is over now.
To order memorial trees or send flowers to the family in memory of Toilean Johnson, please visit our flower store.