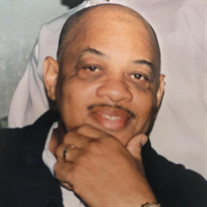 William Shannon was born to the late William Shannon and Willie Mae Bogan Shannon. Bill as he was so affectionately called was a loving Husband, father, grandfather and great grandfather, brother, brother in law uncle, cousin and friend. After the death of his true love Marie and Fighting illness Bill felt his work here was completed. Bill wanted to be with his loved on who proceeded his in death: Richard, Elizabeth and Monica. God heard his prayers Calm and quickly William took his journey on May 28, 2021. Bill completed his education in the Philadelphia School System. Graduating from Bok. (Bill's words "you got to B.O.K to go Bok.") in 1956. After graduating high school Bill Worked at Einstein hospital his very first job. He was then employed by John Wanamakers meat company. 1960 Bill enlisted in the national Guards and was Honorable discharged in 1969. After Competing military service Bill worked for Philadelphia Housing authority and in 1972 Bill began his career with Septa as a driver retiring in1996 as Superintendent of Operations Control Center. Huis hard work and dedication to the Job lead Septa to Plead with Bill To come back to work for them. After leaving Septa a for the Second time Bill worked for security company. No matter where he worked Bill supervisor's, co-worker loved his personality character and his on the Job professionalism they were all sad to see him go. William leaves to cherish his memories. His son Lionel, 4 daughters, Debra (Chris), Denise (George), Hope, and Shawnee. sister Paulette, Brother Mousey, sister-in-laws Antoinette, Geraldine, charlotte, Darlene, Viola; Brother-in-law Freddy, Ronald, Sam; 13 grandchildren, 13 great grandchildren and a host of nieces, nephews, cousins, others relatives and spiritual family.

The family of William "Wild Bill" Shannon created this Life Tributes page to make it easy to share your memories.

Send flowers to the Shannon family.